Skip to content
Close Search
From their penthouse balcony at Mercy Village apartments, Kate and Jack Evans can spot the old-time dance hall where they first met, streets they walked hand in hand and even the church they married in.

“We don’t need photos, we can see those places from our balcony,” Mr Evans laughed.

Last month, the couple – both 97 years of age – celebrated their 73rd wedding anniversary, a milestone guaranteed to raise anyone’s eyebrow.

“Would you believe we’ve never had an argument in all those years. We’ve disagreed but we’ve never argued, especially when it came to the kids,” Mr Evans said.

“We were very compatible, and we did things together, but we had our own interests too which is very important… and she’s a great cook.”

Mrs Evans said the secret to their happy marriage was simple: “we just loved each other.” 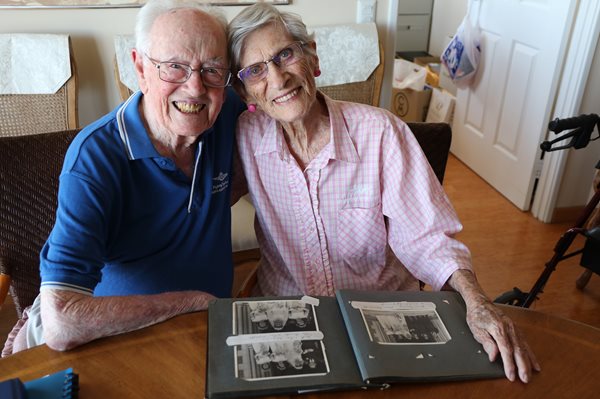 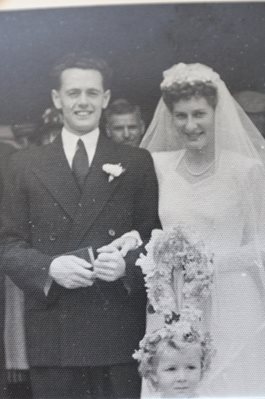 As a young girl, Mrs Evans giggled as she and her friend Bessie rifled through love letters that arrived for Bessie’s older brother from London by post.

It was 1945 and Bessie’s brother had just returned from the war. Less than a week after his ship docked, one of his friends convinced him to go to a town dance.

“It was at the Subiaco Hall on a Saturday evening and in those days, there was a great orchestra,” Mrs Evans said.

Those Saturday dances were among the young couple’s favourite outings. They loved all the modern dances – the waltz, fox trot, tango – so much so that Mr Evans opted to take dance lessons instead of attending night school.

They picnicked in the hills, cycled and enjoyed trips to the beach.

Eighteen months later, on November 18, they arrived at St Joseph’s Church in Subiaco to be married.

As they tell these stories, it’s clear their minds travel back decades. People, details and anecdotes they hadn’t thought of in years suddenly spring to mind.

No doubt they could tell hundreds of stories of their four sons, 12 grandchildren and 15 great grandchildren.

For the past 13 years, the couple has lived at Mercy Village apartments, where they enjoy socialising with other residents, gardening and a million-dollar view of Lake Monger and the city.

“It’s just as if we’re living in a house in the suburbs. We love it here.”

And if they ever feel like a trip down memory lane, they need only look out over their balcony.