MercyCare / Who We Are / Our People

MercyCare is only made possible by the strength, passion and shared values our employees and volunteers bring each day.

We are here for the Western Australians we serve, creating meaningful connections and walking alongside them to create a future they want.

When you join MercyCare you are an integral part of making a difference at the heart of the Western Australian community.

Careers at MercyCare
Volunteer With Us Jennifer Stratton has held senior leadership positions in Catholic education, Catholic health and aged care, and Catholic aid and development for the past 24 years. She was Group Director of Mission at St John of God Health Care (SJGHC) for 15 years where she worked closely with the Board and Trustees, assisting them in their leadership of the Mission. In addition to her responsibility for developing the culture, she led a broad range of learning and development initiatives for managers and their teams. She had executive responsibility for social justice initiatives including ground-breaking work in creating employment opportunities within SJGHC for people with a disability. She also led the construction and implementation of SJGHC’s first Reconciliation Action Plan. Steve Halley-Wright has held senior leadership positions in major corporations and in Catholic education for over 25 years. Since 2009, Steve has been Director Finance & Administration at Newman College, a Pre-K to 12 coeducational Catholic College with around 1900 students. At Newman College, Steve is responsible for all non-teaching aspects of the College including Accounting, Finance, ICT, Facilities, Registrations, Capital Development and Procurement. Prior to that, Steve was General Manager Group Accounting & Corporate IT, and General Manager Group Audit at Wesfarmers where he worked closely with the Board and senior management in developing and enhancing the risk and control environments of this major, diverse business. 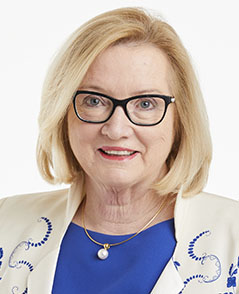 Anne-Marie Pitos has made significant contributions to Catholic education in WA for more than 40 years, having served as Principal of Santa Maria College and Iona Presentation College over two decades. She has also held executive roles on numerous professional bodies and has served on a range of committees, advisory groups and boards. She was a member of the Catholic Education Commission of WA, a board member of Catholic Institute of WA and is currently a Trustee of the University of Notre Dame, Australia. Anne holds a Master of Educational Leadership (UNDA), a Bachelor of Applied Science and Graduate Diploma of Education (Curtin University). 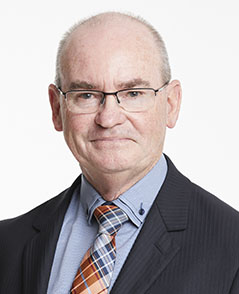 Des Hardiman has over 40 years commercial experience primarily in the not-for-profit sector. As a qualified accountant, Des has worked in Catholic education for over 30 years, having held the leadership position of Bursar/Business Manager at Trinity College, Newman College and John XXIII College in that time. Responsibilities included all financial management, risk, board governance, non-teaching staff, and capital developments. Des has been a member of school boards and held numerous committee positions on related associations. Retiring in 2015, Des has a small consulting business and is active in the community as a Justice of the Peace and on the Board of the Swan Districts Football Club. He is also a Fellow of the Institute of Public Accountants and a Member of the Governance Institute of Australia. Mary was appointed to the MercyCare Board in July 2014 and appointed Chair in November 2014.  She is currently General Manager, Advocacy, with the Law Society of Western Australia, having previously held the roles of Senior Legal Counsel at UWA and Consultant, Corporate & Commercial with Jackson McDonald Lawyers.

She has also been a director of HBF Health Ltd (until October 2018), HBF Insurance Pty Ltd prior to the sale of the general insurance underwriting business and a Director of HBF Financial Services Pty Ltd until 2009.

Mary has experience as a Company Secretary and Chair for not-for-profit organisations. 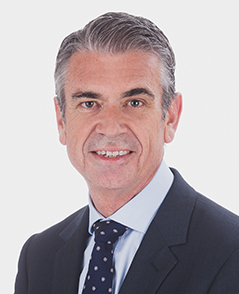 Mike joined the Hawaiian Group as Chief Operating Officer in November 2016. He has the day to day responsibility for the WA operation, including managing a portfolio of retail, office and hospitality assets with a value exceeding $1 billion.

He was appointed to the Board of MercyCare in November 2018.

Mike previously worked as the CEO of the St Ives Group and Perth Racing and held senior executive management roles at the RAC for 16 years.

He is a Board Member of the Australian Institute of Management WA, Committee Member of the Carbine Club of WA and has been a director of several not for profit organisations 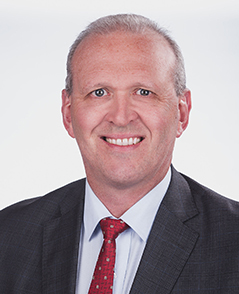 Michael is currently fulfilling the roles of Chief Financial Officer and Company Secretary for two publicly listed companies, as well as being a director of several other private companies.

He was appointed to the MercyCare Board in October 2013.

Michael was previously the Chief Financial Officer of two ASX 300 companies over the past fifteen years as well as being a successful business owner.

He has always been active in the not-for-profit sector and is currently the chairman of the Western Australian charity, Make A Difference.

Michael is a Chartered Accountant, graduate of the Australian Institute of Company Directors and a certificated member of Chartered Secretaries of Australia. 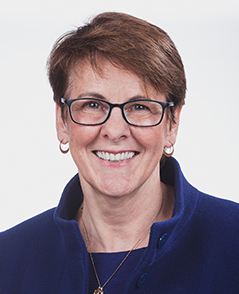 Glennda possesses over 30 years’ experience across a range of sectors including industry, public practice and academe.

She was appointed to the MercyCare Board in August 2012.

Glennda is the current Chair of the WA regional council and Fellow of the Chartered Accountants Australia and New Zealand. Jan is a social worker by profession and graduated from the University of Western Australia with a Bachelor of Arts and Master’s Degree in Social Work.

She was appointed to the MercyCare Board in February 2015.

From 1992 to 2014 Jan held the position of CEO of Lotterywest and prior to that worked as the Chief Social Worker at Princess Margaret Hospital for Children.

She was the inaugural position of President of the Asia Pacific Lottery Association from 1999 to 2004 and was again a member of the Executive Committee from 2012-14.

She was a member of the Hale School Board for 12 years and on the board of Save the Children for 5 years.

Her current board positions include St Bartholomew’s House, the Perkins Medical Research Institute, West Australian Opera, Country Arts, Chairman of the Raine Study Board and she is a trustee of the Feilman Foundation.

She was awarded a Public Service Medal in the Australia Day Honours of 2009 for her contribution to Lotterywest and the Western Australian community.

Jan was awarded an honorary degree of Doctor Letters by the University of Western Australia in 2016.

She is a member of a number of other not-for-profit boards and is a graduate of the Australian Institute of Company Directors. He was appointed to the MercyCare board on October 24, 2019.

Bryan holds a Bachelor of Business and is a Fellow of the Institute of Chartered Accountants. In 2010 he was awarded a 40 under 40 Award (WA) in recognition of his achievements.

He also holds a board position with Newman Collage where he is the Chair of the Finance Committee. 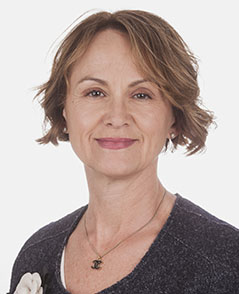 Margie is an experienced senior lawyer, recently concluding 10 years as a partner of a global law firm.

She now runs her own practice, ESG Legal, working at the intersection of law, public policy and litigation.

She has been committed to the advancement of pro bono and social justice initiatives, particularly in the areas of indigenous education and economic advancement, and also holds the position of Board Chair, St Catherine’s College, UWA and Curtin 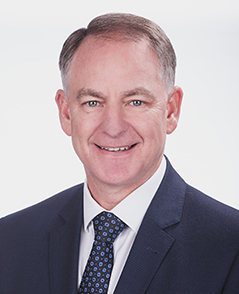 Anthony joined MercyCare in 2018 having more than 25 years’ experience delivering business success and societal impact across a range of organisations and sectors.

Anthony previously worked at St John Ambulance WA for 11 years, six of which he was Deputy Chief Executive Officer holding responsibility for organisational strategy, state-wide operations, and being instrumental in the management of significant organisation reform programs.  Prior to the Deputy CEO role at St John Ambulance Anthony held senior finance and executive roles within the organisation and before that he led the Western Australian division of The Australian Institute of Company Directors. 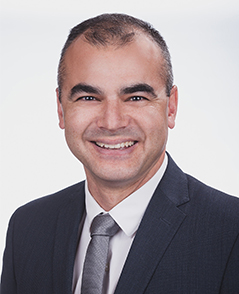 Brent is an energetic, strategically focused CFO with a record of success in supporting organisational outcomes and strengthening their financial position.

Prior to joining MercyCare, he was the CFO of the Royal Australian Air Force Association. Brent has extensive commercial experience across several industries gained from management roles with PricewaterhouseCoopers, as well as blue chip private and ASX top 50 listed companies.

As well as a Bachelor of Business, he holds post graduate governance and risk qualifications, is a Fellow of the Institute of Chartered Accountants and member of the Australian Institute of Company Directors. Jo is a Registered Nurse with over 25 years’ experience within the Aged Care, Mental Health and Community Services sectors.  Prior to joining MercyCare Jo has held a number of senior management positions including roles at Silver Chain, Health Department of WA and Capecare.  She has a postgraduate qualification in Health Services Management from Edith Cowan University along with a Bachelor’s Degree in Health Science as a Nurse from Curtin University.

Jo has a comprehensive understanding about person centred service delivery in community and residential aged care settings, extensive experience in strategic and operational leadership and comprehensive knowledge of relevant legislation and contract requirements within health and aged care.  She has worked extensively with Western Australians living with chronic mental illness and cognitive impairment.  She is committed to providing Aged Care services that are accessible, responsive and tailored to meet the diverse needs and preferences of people living in our community. 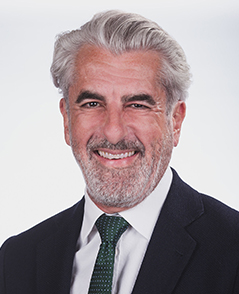 Martin is a graduate of the Australian Institute of Company Directors and holds a Bachelor of Business degree, with a major in Marketing and a sub major in Employee Relations.

Prior to joining MercyCare, Martin held senior management roles with DHL Worldwide Express, Sydney Ports Corporation and Automotive Holdings Group. His extensive experience has seen him in roles around the world, including Sydney, Singapore and Germany.

Martin has also previously held a non-executive Director role with Rocky Bay to support the organisation through the implementation of the National Disability Insurance Scheme. 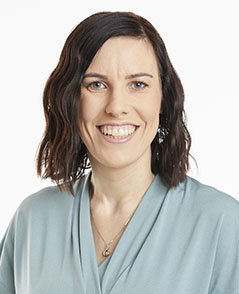 Rosina has more than 15 years’ experience in the education and care sector, beginning as a Qualified Room Leader before progressing to higher management roles including Operations Manager, Area Manager, Compliance and Governance and Business Support. She brings her practical experience and management skill and experience to the newly created role of Executive Director of Early Learning Services. Vicky has a range of experience in areas of social justice, education, pastoral care, youth work, outreach and spirituality.

She has a Diploma in Youth Work, a Bachelor of Arts with a Major in Political and International Studies and a Master of Arts in Theological Studies.

Vicky came to MercyCare from the Aboriginal Catholic Ministry and a commitment to relationships and reconciliation with Australia’s First Peoples has been a common thread throughout much of her career.
She’s always had a passion for justice, spirituality and seeing people and organisations connect to, live by and embody their mission and purpose.