Skip to content
Close Search
“I now see life has a better plan. My hope is to never look back and to now continue my life,” said MercyCare client *Jordan, who with great strength and the right support has turned her life around, from experiencing homelessness while pregnant, to keeping her own home and supporting her son to build a better life. 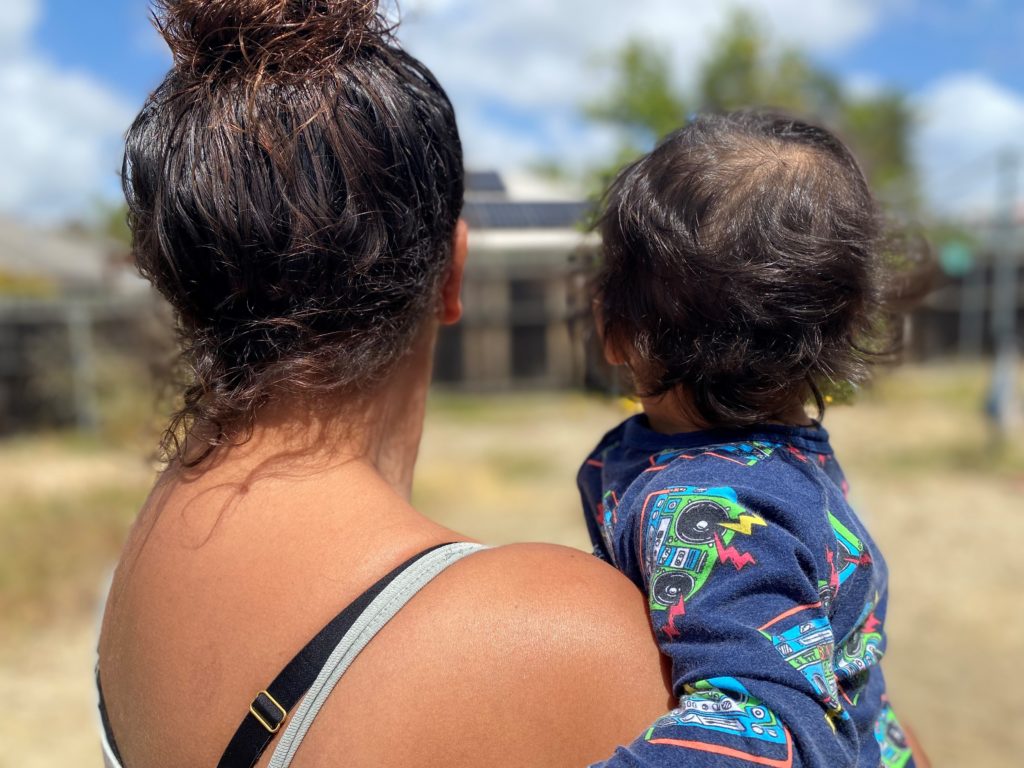 “For my son *Ethan, I want for him to have a better life and for him to be able to graduate because I never did. I want him to be involved with his surroundings and to know that I am always going to be here for him and that I will never leave,” Jordan said.

Ethan, now 13 months, loves to play chasey with Jordan around their own home, go to the park on a nice day and snack on his favourite food, watermelon.

“From the good mornings to the good nights. The smiles and hugs, I love everything” Jordan said.

For 23-year-old Jordan, life today is unrecognisable to a few years ago.

Jordan was taken into care at a very young age, due in part to her mother’s own history and substance use. In and out of many different care placements, Jordan was homeless and street present from 14 where she started misusing substances and became involved in wrong doings.

She became pregnant at 17 and she and her daughter were both taken into care together by a foster carer. This child is still being raised by the same foster carer and Jordan now has regular contact with her daughter. She also had another child who is being raised with family in the country.

In her early 20’s, Jordan was diagnosed with PTSD, had a large rent debt and was experiencing homelessness. It was then she was referred to MercyCare’s Coolock Program.

“I came to Coolock because I didn’t want my baby to have the same lifestyle as me,” Jordan said.

“I was relieved to move in, but then I was like what do I do now, knowing this was my first step to beginning the first chapter of stability in my life for the first time.

Along with parenting workshops, life skills like budgeting and healthy eating, learning about tenancy rights and responsibilities and working towards securing and maintaining a future permanent and independent home, Jordan was also linked with several community agencies to provide support.

Jordan’s case worker also attended pre-natal meetings with Jordan while she worked towards the birth of her child.

On the birth of Ethan, the decision was made to remove him from Jordan’s care. This was a massive shock to Jordan and her supporting services.

Jordan, all her supporting agencies and MercyCare advocated for Ethan to be reunited into her care. This included the case worker supporting Jordan at court trials and attending many meetings with Jordan.

After 12 weeks Ethan was reunited fulltime into Jordan’s care. This was a very quick reunification due to Jordan’s remarkable efforts and the collaboration with her support services including MercyCare.

“I’m not the sort of person that lets my emotions out and even though at the time I didn’t think I needed it, my MercyCare case worker was always there for me to give me that emotional support that I actually did need,” Jordan said.

After six months of successfully maintaining her home at Coolock unit, Jordan was offered her own Housing Authority home.

“At first it was scary, and I thought, ‘can I do this?’ Even though I looked after my home at Coolock, this was going to be my own house, not MercyCare’s house. My case worker reassured me that I would be alright. Now thinking about it makes me so happy of how far I have come having my own home,” Jordan said.

Jordan was adamant she didn’t miss any of Ethan’s milestones, so held off on childcare until he was able to walk. Now he attends childcare two days a week, giving Jordan the chance to attend appointments and maintain her home.

Jordan’s empowerment continues to grow and she now needs less support from her MercyCare case worker.

“I am honoured to be part of Jordan’s journey. To be on that journey, to see how strong Jordan was through all that, to see her ability. It was an absolute honour,” Jordan’s MercyCare case worker said.

“Jordan has the confidence, capacity and competency to thrive and is a very successful tenant, and more importantly she is an extremely loving, nurturing, safe, confident and competent parent to her son.”

For Jordan, she will continue building a future for her and her son.

“A big thank you to MercyCare for helping me along this journey – for the support and just for being a part of this journey, and for being alongside me. They’ve helped me and made me feel like a person again,” Jordan said.

*Names have been changed to ensure clients’ confidentiality.