Skip to content
Close Search
MercyCare is taking measures to reduce its carbon footprint by offering staff across the organisation a chance to try out an electric powered bicycle, also known as an e-bike. 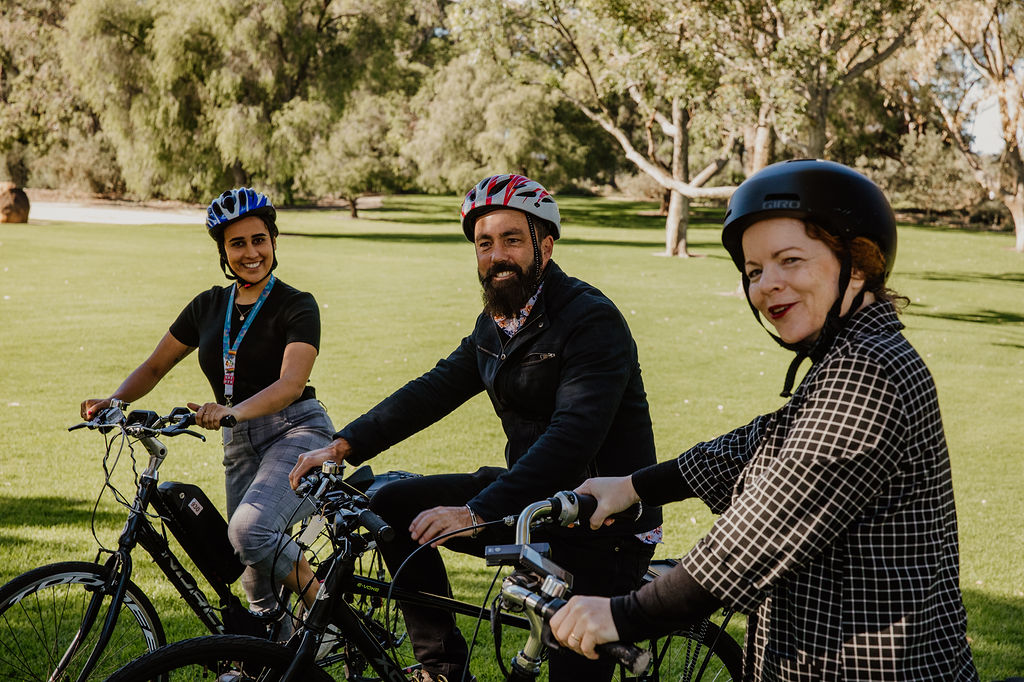 MercyCare service designer Joni Sercombe came up with the idea which was approved for a grant through the CEO Innovation Fund, an initiative that encourages staff across the organisation to think creatively and transform their ideas into solutions that will benefit the MercyCare community.

“We have been looking at some fleet options which are gentler on the planet,” Joni says.

“E-bikes are an easy-to-use, cost-effective and environmentally responsible option. As a forward-thinking organisation, it seemed like a good idea to offer our staff the chance to try them out.”

Travelling at a maximum speed of 25km/h, e-bikes can travel up to 60km on one charge.

From reducing carbon emissions to saving money on fuel, parking and other on-road costs, as well as physical and mental health benefits, there are many positives that come from using an e-bikes.

Joni adds that the project ties back to MercyCare’s Mission Ethos Shapers by offering the organisation a practical tool to reduce its emissions and demonstrate good stewardship of our resources.

“Taking the work e-bike instead of the car might seem like an insignificant step in the scheme of things, but it’s as much about changing ourselves as it is about changing the world,” she says.

“We hope to raise awareness of this option for commute and short trips between sites.”