Skip to content
Close Search
Visitors to MercyCare’s Wembley campus will notice the final touches are being put to the restoration of the Martin Kelly Centre, a heritage listed building at the centre of the premises.

A Look inside the Martin Kelly Centre

Visitors to MercyCare’s Wembley campus will notice the final touches are being put to the restoration of the Martin Kelly Centre, a heritage listed building at the centre of the premises.

Flanked by stands of historic olive trees, the limestone building was designed by Andrea Stombuco and constructed by David Grey in 1892. It was officially opened by the Bishop of Perth in January 1893 as a school house for the Subiaco Boys Orphanage (to 1901), which was managed by the Sisters of Mercy. It was variously used as a school and chapel for the boys orphanage and later the St Joseph’s Girls Orphanage (1901-1971).

After the orphanage closed in 1971, the building was neglected and poorly used. In 1989, the building was renamed the Martin Kelly Centre, in honour of Sister Martin Kelly RSM (1930-1987), who was the principal driver behind the administrative changes that saw the closing of St Joseph’s Girls Orphanage and its rebirth as the Catherine McAuley Centre, a family-oriented community service for children in need.

The Catherine McAuley Centre is now the MercyCare Wembley site, home to a 126-bed Residential Aged Care facility and a vibrant 138-place Early Learning Centre. In August 2012, the historic significance of the Martin Kelly Centre, and the Wembley site as a whole, was recognised with entry onto the State Register of Heritage Places.

In recognition of its historic importance, MercyCare made the decision to embark on a large-scale conservation program at the Martin Kelly Centre, with priority given towards preservation of the existing building fabric. Works took place from March 2016 to November 2017 and required significant elements of preservation and reconstruction, including restoration of the timber floor, joinery, exterior wall coatings and roof cladding, to accurately represent the cultural significance of the building. The distinctive windows needed major reconstruction to reverse rotting and termite damage, with bespoke window frames recreated by traditional carpentry methods and the original blue/clear glass pattern reconstructed by combining salvaged original panes with modern reproductions. The introduction of modern and required functionality, such as mechanical systems, audio-visual equipment and a kitchenette was detailed to minimise direct impact on the original building fabric. Several unexpected details came to light during the works, such as the rediscovery of blackboards dating back to the buildings original purpose as a schoolhouse.

The Martin Kelly Centre conservation project has been led by MercyCare, in collaboration with Bernard Seeber Architects and Colgan Industries. The project is a Finalist in the 2018 WA Heritage Awards and has been nominated for the 2018 Master Builders Association (WA) Excellence in Construction award. 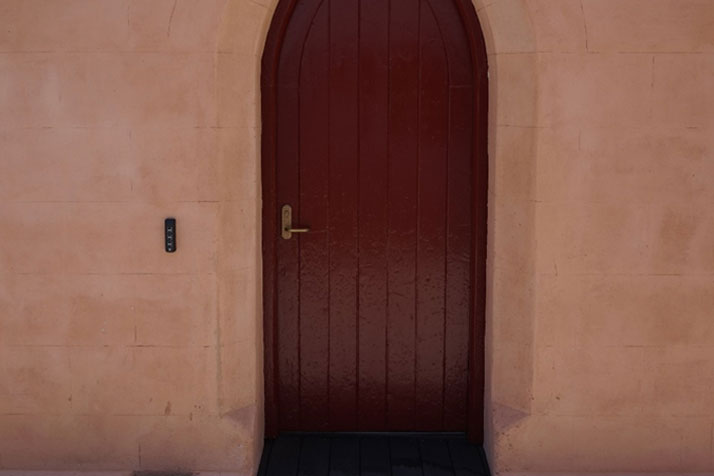